Singapore's Buildability Framework and its implications

With the increased scope of the Buildability Framework, it is evident that the BCA is serious about tightening regulations, controls and standards within the industry in Singapore. In these early stages, the expected cost and schedule efficiencies are yet to come to fruition. This is primarily due to the lack of required skills at present, which is hampering the full expected benefits at this time. However, it is fair to say that as the Framework progresses, and upskilling addresses the skills gap, it is expected that buildability will offer considerable benefits to the industry in the long run.

With the prior buildability system focusing solely on high-rise projects, and specifically examining the impact of a building design on the usage of labor, it was not fully addressing the issue of construction productivity, as outlined in Budget 2014. The premise of the new appraisal framework is that it maximizes labor productivity, and minimizes disruptions to the nearby environment and activities above ground. With a new minimum Constructability Score required to obtain a building permit, it also holds those that fail to comply accountable, with penalties that may include a fine. Three elements constitute the Constructability Score; Structural System, AMEP (Architectural Mechanical Electrical Plumbing) and Good Industry Practices. BCA also has the discretion to award marks on an ad hoc basis, for innovative solutions that ultimately improve labor efficiency and productivity.

In order to improve buildability, the latest construction technologies will need to be embraced, such as PPVC (Prefabricated Pre-Finished Volumetric Construction), cross-laminated timber and off-site manufacturing for on-site assembly. With the recent completion of the Nanyang Technological University project, Singapore’s first public sector project which utilized PPVC, a precedent has been set. PPVC utilizes prefabricated individual rooms, built at the factory, complete with internal fixtures such as lighting, windows and fans, which are then stacked  on top of one another on site. It is estimated that the method not only reduces noise and dust pollution given the amount of work completed off-site, but also offers savings of up to 40 percent in manpower and up to 20 percent in construction time. Unsurprisingly, the public sector is leading the way in adopting the new methods and technologies.

In terms of the impact of the regulations, it is expected that job quality in Singapore will be improved, by reducing the requirement for manpower and revolutionizing the entire nature of jobs. Efficiency will be improved, and buildings should be easier to construct, in theory. The use of BIM (Building Information Modelling) and PIP (Productivity Improvement Projects) is also being pushed, with additional funds provided by the BCA for these methodologies. Both of these are particular specialties of Linesight, which we have utilized for quite some time, for their significant contributions towards achieving improved efficiency and productivity on projects.

However, it is important to mention that at this stage in the buildability journey, it does significantly increase the costs by an average of between seven to 20 percent on traditional methods (depending on the actual project, construction activities and schedule), which can be partly attributed to increased levies on foreign workers driving costs upwards. Given that the aim is for the majority of works to be completed off-site and then constructed as one unit, it also changes the way that the cash flow progresses between the employer and contractor. The employer is unlikely to pay until installation is complete due to potential issues regarding retention of title, thus putting the onus on the contractor to shoulder the costs of fabrication, materials and installation; an expectation which is not perhaps entirely realistic.

A number of prestigious developments who embraced these new technologies were acknowledged with Construction Productivity Awards from BCA for their endeavors to improve productivity on their developments. These included 76 Shenton (residential) and CapitaGreen (commercial office), which not only utilized innovative construction technologies, but also employed the use of precast elements, a high degree of standardization and a structural steel system.

There is little doubt that the expansion of Singapore’s Buildability Framework is a positive move on the whole, improving productivity and buildability. Ultimately, its goal is to deliver higher quality construction projects in safer environments, with reduced costs and shorter schedules, facilitated by off-site fabrication and personnel upskilling standardization. However, in light of the skills gap prevalent at the moment, this end point is a way off, with increased costs and the knock-on result on scheduling. Changing the mind-set of an entire industry is no mean feat, and while the moves should produce significant benefits in productivity and reduced costs in the long-run, they continue to affect costs and scheduling negatively in the short-term. 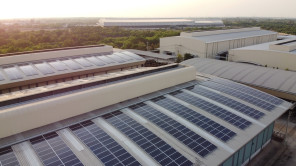