Energy consumption in Data Centers; the drive to lower PUEs

The data center industry is booming, with a global revenue of $39.46 billion in 2018. As humans we have an insatiable need for data, from streaming services and video games, to AI and machine learning. All of these new technologies, however, come at a cost; in a recent whitepaper by Digital Realty, it was forecasted that the global need for data will grow to 163 zettabytes by 2025, which is equivalent to watching the entire Netflix catalog 489 million times. As the industry grows, there’s a new need to consider the environmental impact of data center storage facilities.

Throughout the years, there have been many improvements to data centers in an attempt to lower energy consumption—an undertaking that is important for the environment, as well as for the facilities themselves, as it helps to lower costs. Updates include creating more hyperscale data centers, which are in a position to be more energy efficient than non-hyperscale facilities. In addition, there have been updates to the cooling systems, expansion of operating parameters of data halls, and upgrades to optimize air flow through smart sensors and controls. There has also been a shift to liquid cooling alternatives to decrease energy consumption while chip power and rack density increases. One method is immersion cooling, which allows systems to sit racks on a cold oil or liquid, keeping it cool without the need for air conditioning.

Another future improvement will be in the silicon chip, which has been used in servers since 1940 and is approaching the point of peak efficiency. Although nothing has been developed yet, there is hope that new developments could improve energy efficiency in the servers themselves. Machine learning and AI are also expected to impact the energy efficiency of data centers. With data centers projected to consume 20% of the world’s total power usage by 2025, machine learning and AI are being employed to regulate and improve data center temperatures.

A design method that has been employed to help with energy efficiency is facing racks the same way, creating a hot aisle and a cool aisle. This helps to better control air flow, although rows need to be airtight to stop the two temperatures from mixing and changing the temperatures of the rows.

Over the past few years, these upgrades have made a difference. The ratio for Power Usage Effectiveness (PUE) in data centers, which is the metric that calculates how much energy is used by the computing equipment in contrast to cooling and other overhead, has lowered. Hovering around 2.0 five to 10 years ago, that measurement has lowered to 1.5 in some of the better facilities. Unfortunately, in the past year, that number has begun rising again, from an average PUE of 1.58 in 2018 to 1.67 in 2019. Further changes will be needed to lower this number again.

Data centers in the U.S. consume 2% of the overall power in the country, more than 70 billion kilowatt-hours of electricity a year. This has forced many data center facilities to look for more sustainable energy consumption methods. Although rooftop solar panels prove difficult, due to the consistent high consumption of power, many new centers are emerging near wind and solar farms in order to increase their use of renewable energy. Hydropower has also been an effective sustainable energy source for these facilities. Another method is to build data centers in cooler climates, reducing the need for cooling technology.

With over 7,000 data centers worldwide, sustainability and energy consumption needs to be at the forefront of how they are being built. Although many of the methods we discussed are being used in the U.S., these technologies and energy saving methods need to be employed globally to reduce the overall energy consumption of these centers. By seeking out new methods and certifications, the PUE of data centers can continue improving. 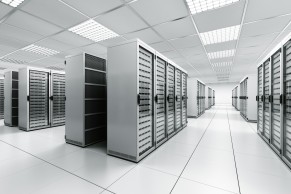