In January 2018, the GCC will impose a 5% value-added tax (VAT) simultaneously across all six GCC countries.

While VAT, a tax on consumption, has long been a significant source of government revenue in 150 countries worldwide, it is a new concept in the GCC. Representing a major shift in tax policy, it will impact all aspects of the economy, leading to a fundamental change in the way that businesses operate across the region.

The historic dependency of the GCC countries on oil revenues, coupled with a sustained decline in oil prices has motivated countries in the region to initiate reforms, in an attempt to diversify revenue sources. The introduction of VAT is part of a wide-ranging strategy being implemented to achieve this goal, with EY estimating that the measure would generate annual revenues of $25 billion.

Due to the relatively low rate set to be imposed (5%), the negative effects of VAT are not expected to be significant and foreign direction investment (FDI) in the region should remain unaffected for the most part. The IMF estimates that the 5% VAT rate will translate into revenue equating to 1.6% of GDP in the GCC, which is considerably less than the 7.5% global average.  Nevertheless, the new tax represents a fundamental change in the business landscape, and requires significant investment to build a modern tax administration system that ensures compliance across the supply chain.

It is imperative that both companies and construction projects alike establish transparent compliance arrangements, interrogate cash flow projections, initiate proper invoicing and accounting procedures, and ensure that contracts address the new tax. Failure to do so may impact the eligibility of companies to recover tax, which would be significant for any organization, considering that the majority of businesses that charge VAT are generally entitled to recover most, if not all of it.  Ultimately, this is a tax which is payable by the end user. In essence, companies will become tax collectors, collecting revenues on behalf of the government. In doing so, businesses will bear increased administration costs and are likely to be exposed to significant interest, penalties, cash flow constraints and potentially more serious exposures for any non-compliance with the new legislation.

In some instances, contractors in the region have been pricing VAT and the associated risk into tender prices as far back as 2016. However, it is inevitable that a significant number of projects due to be delivered over the coming years have not factored in VAT, either at a project feasibility level or from a post-award administration standpoint. Where live contracts do not address the issue of VAT, it is likely that the contractor will need to negotiate with the client to agree that they can charge VAT on top of the previously agreed price. Failing such an agreement, the contractor will have to bear the VAT cost themselves. Furthermore, the ability of a construction company to pass on the burden of VAT to the developer will largely depend on the agreements that the developer has entered into with the end users.

While the majority of contractors and developers will offload VAT costs to the end user, not all VAT will be recoverable, which will lead to a modest increase in construction costs. In particular, larger construction companies may not be entitled to recover VAT from smaller subcontractors who are not registered for VAT or fall below minimum threshold requirements. In such instances, the cost borne by the construction supply chain will lead to higher construction costs. One of the biggest risks for the construction and development industry will be the impact on cash flow. Construction companies and developers, who can and often do operate on tight margins, could face pressure in meeting monthly or quarterly commitments, as a result of increased monthly outgoings. Although the 5% will be recoverable in most instances, this may not be recoverable for some time thereafter, i.e. quarterly or annually.

In summary, the introduction of VAT across the GCC will have far-reaching effects. It will fundamentally change business in the region, but the negative effects are not expected to be particularly significant. It is certain to have a profound impact on the construction industry, with companies and projects needing to ensure that they account for and address the new tax, in terms of transparent compliance arrangements, cash flow projections, invoicing, accounting procedures and contracts. However, ultimately only time will tell the true extent of the impact of the introduction of VAT in the GCC. 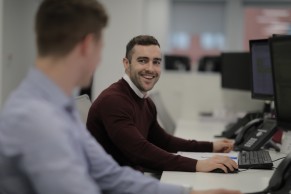