The International Monetary Fund (IMF) is forecasting that the overall impact of the pandemic on the Chinese economy for 2020 will be a 1.1% decline, before a return to strong growth of 9.2% in 2021.

As the final quarter approaches in the country in which COVID-19 initially emerged, China is progressing well on its road to recovery, and Helen Jie Shao, Country Manager – China at Linesight, reviews the economic and construction industry performance to date.

In 2019, China’s GDP growth amounted to 6.1%, which marked its weakest expansion in 29 years. Although 5.9% and 5.7% growth was forecast for 2020 and 2021 respectively pre-COVID, following the outbreak of the virus, the Chinese economy was heavily impacted in early 2020, with a 6.8% decline in GDP in Q1. However, Q2 saw a return to positive growth of 3.2% with the initial outbreak largely over. The International Monetary Fund (IMF) is forecasting that the overall impact of the pandemic on the Chinese economy for 2020 will be a 1.1% decline, before a return to strong growth of 9.2% in 2021.

The Purchasing Manager’s Index (PMI) declined very slightly from 51.1 to 51 between July and August, despite it being expected to increase slightly to 51.2. However, the fact that it is above 50, indicating growth, is positive. The export sub-index was also surprisingly positive, climbing to 49.1 in August, indicating that the pandemic-induced decline may have bottomed out.

The above-mentioned slowdown in growth in 2019 was largely attributed to the China-U.S. trade dispute, before positive signs emerged with phase one of a trade deal signed in January 2020. Unfortunately, since then, tensions have once again intensified, which is having an impact on the Chinese economy and remains a risk factor.

Unsurprisingly, FDI has slowed due to the global pandemic, although investors are looking to the Chinese market, with other investment destinations still facing uncertainty with regards to the virus. The Ministry of Commerce is reporting that foreign trade and FDI have stabilized, with 7.1% growth year-on-year in paid-in foreign capital as of June.

Construction was less affected than other key industries, although project progress has been impacted by the delayed return to site for workers. In fact, it is expected that the outbreak may serve as an incentive for additional investments in large-scale healthcare and infrastructure projects (such as railway, highway, Metro, environmental protection), as the Government strives to maintain stability in this sector.

The recent flooding in Southern China has also impacted construction activity, although the non-manufacturing PMI, which incorporates construction, grew to 55.2 in August.

While we noted in our March 2020 update that the Chinese working-age population is declining, and the elderly population is rising, the sharp economic slowdown caused by the pandemic is putting new pressure on the country’s labour market. Similar to what is being seen elsewhere,  as some businesses struggle to maintain or revive operations, they have been forced to resort to pay cuts and layoffs, or simply shut down.

In summary, the economic data from the first half of the year indicates that the Chinese economy is recovering well from the impact of COVID. Given the speed of the economic recovery and the implementation of additional economic stimuli, the contraction in 2020 is not anticipated to be on the scale of what is expected for a number of other countries worldwide.

As we near the final quarter of 2020, Garvan Barry, Associate Director at Linesight, reviews the Taiwanese economic and construction industry performances to date, and what we can expect in the coming months.

Like many others, Taiwan’s open economy has suffered since the onset of the virus. Despite being one of the earliest to react to the threat, the measures which have been put in place have had a somewhat damaging effect on the overall economy, which is highly dependent on the manufacture and export of high-tech components for the global electronic and telecommunications market.

In late 2019, the economy was predicted to grow by 2.45% for the year 2020 by the Taiwan Institute of Economic Research, which was a marginal increase year-on-year from the growth rate of 2.4% for 2019. However, in light of the current global reality, the Taiwanese economy had contracted by 1.4% to the end of June 2020, with little by way of improvement expected in the short term.

The inflation rate for the same period was -0.52%, largely driven by a lack of consumer demand and a decrease in the global cost of commodities, including crude oil. However, there has been a pickup of 0.36% in the value of exports since June 2020, and business sentiment among manufacturers appears positive for the six months from July to December 2020.

The construction industry in Taiwan is still demonstrating high demand, despite the COVID crisis globally. Major projects within the country have continued apace, despite the shortages of imported materials, and in some instances, skilled labour from abroad, particularly for the high-tech sector. Anecdotally, there have been increases of up to 30% in the cost of labour reported on some sites where foreign highly-skilled labour was required.

Construction costs have continued to grow, albeit at a much slower pace than previous years. Year-on-year from 2016 to 2019, the growth was 8.19%. However, since the beginning of 2020, the growth rate has slowed, having started on-pace in January, it fell back slightly in March, before recovering for April, May and June. The rate of inflation currently stands at 0.86%, bucking the trend of overall economic contraction and deflation.

Confidence within the industry remains high in Taiwan, with high-tech manufacturing, semiconductor and data centre sectors, all contributing to a strong market sentiment. With data centres, for example, Taiwan is seen to have geographic advantages, such as the undersea cabling, connecting the US and Asia, as well as being viewed as politically advantageous, given the resurging tensions between the US and China. Ultimately, it is expected that more multinational companies will look positively at Taiwan as a solid business location in Southeast Asia.

Taiwan has endured an economic contraction in the first six months of the year at the hands of the pandemic, similar to many other countries around the world. However, the construction industry is demonstrating resilience, with high demand remaining despite the COVID crisis. Work continues on-site and confidence remains high, leading to cautious optimism for the recovery of Taiwan from this global, pandemic-induced downturn. 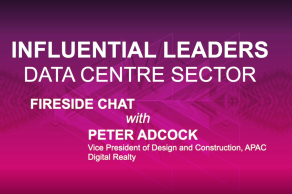 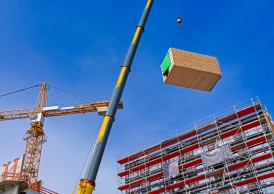 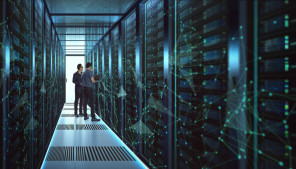 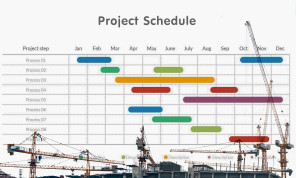 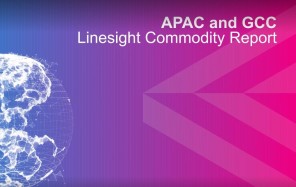 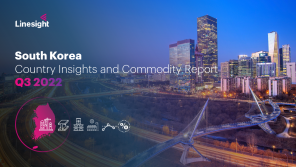