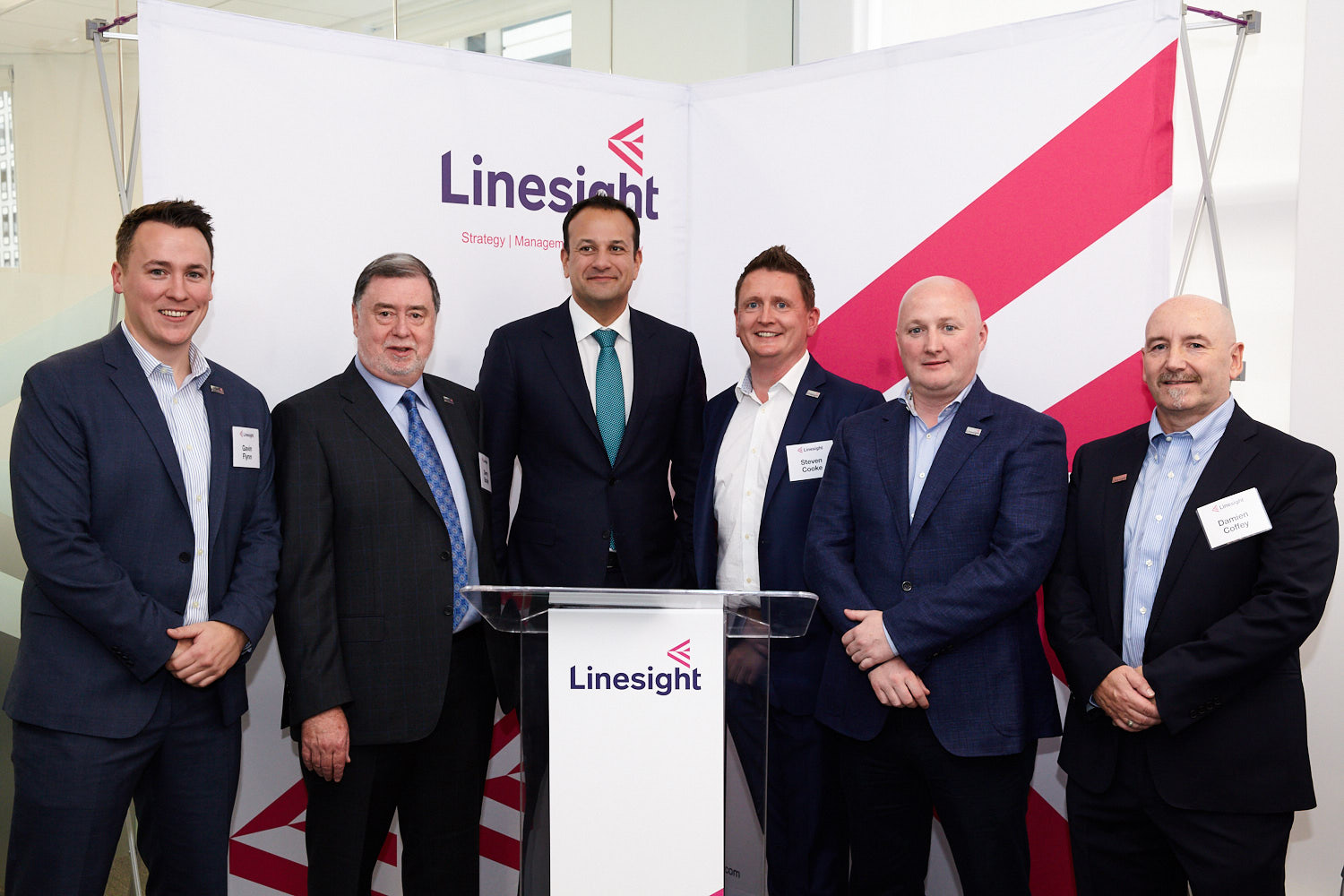 On Friday November 3rd, the Irish Prime Minister, An Taoiseach Leo Varadkar T.D., declared Linesight’s new San Francisco office “officially open and ready for business”. Having entered the US market in 2008, the team has continued to grow, and last week, the San Francisco team moved into the new office in the landmark Hobart Building.

Guests at the event included staff, clients and partners of Linesight, who gathered to celebrate the official opening. They were joined by An Taoiseach Leo Varadkar T.D., who was in the USA on an Enterprise Ireland and IDA trade mission.

Speaking at the launch, An Taoiseach said:

“Linesight is a fantastic Irish success story, which has been rapidly increasing its international operations in recent years. While more than 230 US West Coast headquartered companies support tens of thousands of jobs in Ireland, this trade goes both ways, with several hundred Irish companies operating in the US. Through Enterprise Ireland, the Irish Government works with companies like Linesight to help them grow their operations overseas and improve their capacity to create jobs at home and abroad. I would like to congratulate the team at Linesight for their success to date and wish them the very best with their ambitious expansion plans in 2018."

Linesight’s Managing Director Western Region, Steven Cooke, added, “I am honored to welcome the Irish Prime Minister as we launch the next phase of our growth in the United States. Our story is a great example of how an Irish organization can transform into a global enterprise. The driving force behind our expansion and continued success in the US is repeat business from existing clients; this is testament to the caliber of our service and quality of our people.”

“Linesight has made an impressive mark internationally, with 17 offices around the world, delivering high end construction projects in 40 countries. The move to a new HQ in San Francisco and plans for new office locations, cements Linesight’s strengthening position in the both US and other international markets. They are a stellar example of an Enterprise Ireland client achieving its global ambition.”

This expected growth is evidence of the seismic shift in the traditional construction model in the US, as independent cost management services gain momentum. Linesight’s global insights and scale of experience can achieve tangible measurable benefits and sizable savings on CAPEX for major construction projects.

Click here to watch an excerpt of An Taoiseach’s speech

Click here to watch an excerpt of Steven Cooke’s speech