Employment estimates for April to June 2020 show 32.92 million people aged 16 years and over are in employment, which is 220,000 fewer than the previous quarter.

Less people in employment in Q2

As we near the final quarter of 2020 and begin to realise the 'new normal’ of COVID-19, as well as approach the end of the Brexit transition period, Michael Riordan (Managing Director – UK), Stuart Taggart (Associate Director), Andy McLoughlin (Associate) and Dan Polgar (Associate) of the Linesight UK team, review the UK economic and construction industry performances to date, and what we can expect in the coming months.

Although the full extent of the impact of the global pandemic on the UK economy remains to be seen, it is already evident that its effects have been wide-reaching and abrupt. With GDP contracting by 2.2% in Q1 2020 and 20.4% in Q2, the UK has seen the steepest decline on record, and as announced on 12th August, has entered a recession for the first time since 2009. While the UK fared better than many of its European counterparts in Q1 (with France and Italy recording 5.3% declines), its decline in Q2 was deeper than all of its G7 counterparts, with France and Italy the closest comparable performers, with 13.8% and 12.4% declines respectively. However, it should be noted that there was an 8.7% expansion in June as Government lockdown measures eased.

Governments are preparing for a prolonged and drawn out recession due to the ongoing impact of the virus, meaning that economic hardship is likely to persist until at least late 2020. Whilst most economists agree that the next few months will bring economic pain, there is little consensus over the full extent and duration of the slump. While the Bank of England has gone against the grain with a prediction of a sharp rebound of 18% growth in Q3, most of the UK’s big lending banks are taking a less positive outlook.

Employment estimates for April to June 2020 show 32.92 million people aged 16 years and over are in employment, which is 220,000 fewer than the previous quarter. However, the true figure of those unemployed or going to be unemployed will not be realised until the Government’s job retention scheme comes to an end in October.

Looking forward economic recovery will be heavily influenced by any recurrence or additional waves of the virus, and the absence of post-Brexit trade deals within the EU and beyond present a sizeable obstacle to overcome.

Following a decline of 1% in Q4 2019, construction output fell again by 1.7% in Q1 2020. The most recent UK construction output data published by the ONS in July reveals an 8.2% increase in the month-on-month for ‘all work’ in May, compared to the record decline of 40.2% in April. Therefore, the overall construction output since February 2020, before the impact of COVID-19, has dropped 38.8%. According to the ONS, all sectors experienced an increase in output except public housing repair and maintenance, which fell 9.5% and public other ‘new work’, which fell 2.7%. The strongest growth sectors seemed to be private new housing, which boasted a 21.4% rise and infrastructure, which saw a 12.7% increase. Although these increases suggest a positive outlook it must be caveated by the previous three months experiencing large declines in construction output, resulting in a combined decline of 44.5% between January 2020 and April 2020.

The Government furlough support programme, which will end in October 2020, poses a significant vulnerability for the industry. This is likely to have a tangible impact on various sectors, and may result in job losses and reduced investment in key sectors, such as retail, hospitality and commercial offices.

Looking forward, the OBR (Office for Budget Responsibility) has projected that it will take construction a number of months to get back to pre-COVID levels. Assuming no second wave materialises, demand is expected to return relatively quickly compared to previous recessions, once restrictions begin to ease even further. An increase in planning approvals in recent months is a positive indicator in terms of the pipeline of future projects.

In the short term, the lack of projects starting on-site and postponed projects due to uncertainty will put pressure on the industry supply chain as a whole. However, construction will have a major role to play in the UK’s recovery. The Government has announced a number of measures to generate activity in the economy, with a marked shift towards green building and investment in infrastructure amongst these measures, including:

The Building Cost Information Service (BCIS) Tender Price Index has projected that there will be a fall in tender prices during 2020. However, this is expected to only be in the short term, rising again in 2021 and thereafter. This short-term fall in tender prices could be explained by greater competition between contractors to ensure they have a pipeline of work. Conversely, if material and labour costs increase as a result of COVID, as is forecast, this will put further strain on main contractors and the supply chain and result in low or non-existent margins in order to win work, which is an unsustainable position and could result in contractors facing major financial issues.

The anticipation of a rise in material costs, namely cladding and M&E, is caused by constraints within the supply chain, due to workplaces and factories having to shut down and the resulting shortage of materials being imported from abroad. These concerns have led to stockpiling and advanced buying. Furthermore, once demand starts to increase again, the supply chain may become overwhelmed with demand and implement a price premium, compounding fears regarding future material costs.

Since the start of COVID-19, concerns surrounding increased labour costs have arisen, which could be attributed to the fear of workers who have been made redundant moving into other sectors and potentially not returning. This, coupled with the loss of foreign labour expected after Brexit, could cause labour costs to rise. Additionally, labour costs could face further upward pressure due to the anticipated demand for acceleration works to meet project completion dates, complex site logistics and the productivity of the workforce on-site with COVID restrictions. Productivity in Q1 2020 had dropped off considerably, as contractors were adjusting to the new social distancing protocols and procedures enforced by the Government. Since Q1, productivity has been estimated to have reached 80% of pre-COVID levels, which appears promising moving forward. This could be because of new staggered working hours, as well as familiarity gained around the new working protocols and procedures.

The demand for technology services has increased exponentially with the global pandemic - the average home is using approx. 38% more bandwidth each day and Microsoft Teams has doubled its active users, increasing from 32 million users in March 2019 to 75 million in April 2020. This is positive for construction in the sector, where robust demand was already apparent pre-COVID, with a shift towards hyperscale in recent years and the emergence of ‘edge’ data centres,  which are smaller facilities connected to the larger, more central data centre.

The UK is the leading colocation services market in Europe and comprises over 250 operational colocation data centres, so is well placed to see the benefits of the upturn of the sector, with the digital economy in the UK accounting for over 7% of the country's GDP. The UK market witnessed investments in over 30 data centre projects in 2019, where London continues to dominate the market investment with a share of around 85%.

As retail output was declining pre-COVID, it is expected that the sector will endure a tough recovery period. While retail activity has shown some signs of recovery since the beginning of June with the reopening of non-essential retail, sustained declines are forecast for the sector over the next few years, as many retailers are cancelling or reducing investments. This is due to the increased demand for online shopping, home deliveries and numerous high street retailers not reopening their doors, or doing so at a reduced capacity. Furthermore, COVID-19 restrictions may have a considerable impact on the design of new retail units, potentially resulting in a need for larger units.

The life sciences industry is almost unanimously deemed essential, meaning that many construction projects have remained a priority during the pandemic, between pharmaceutical companies advancing therapies to treat infected patients, developing vaccines and continuing to provide other life-saving medicines.  It seems likely that the sector will continue to grow, with over US$5 billion of new capital being raised at the start of 2020 by venture capital firms to invest in the future. Additionally, the UK Government has committed to an ambitious R&D Roadmap as of July, aiming to develop the UK as a leader in innovation in the sector, following on from an announcement with regards to increasing investment in R&D to 2.4% of GDP by 2027 and increasing public funding in the area to £22 billion per annum.

The UK commercial office sector, which is traditionally propped by London, was already predicted to slow down during 2020 pre-COVID, as referenced during our earlier 2020 edition of the Linesight Knowledge Centre, and this will undoubtedly be compounded by the effects of the pandemic. The virus has seen most organisations in the UK implement work from home procedures, leaving many offices sitting empty. The unprecedented shift to homeworking has shown productivity can remain high for certain working groups, and as a result, the long-term impact on the commercial sector and working environment remains unclear. In a recent report, REIT advisory firm, Green Street, predicted that office demand in developed economies could drop by 10% to 15% as a result of the working from home experience during the pandemic.

In contrast, Bank of England’s ‘Agent’s summary of business conditions’ publication in Q1 2020 noted that “there was some evidence of strong activity in office construction.” We expect conversion and retrofitting of existing stock to cater for the new working environment to present some opportunities for the market.

As we noted in our March 2020 edition of this publication, the private housing market became stagnant during 2019 as a direct consequence of the uncertainty surrounding Brexit. It is now expected that we will see further stagnation and deflation in 2020 as a result of COVID.

The most recent construction output data published by the ONS revealed new housing to be the sector worst affected by the pandemic, recording a 60% drop in the value of output in April compared to the previous month.

The Government has planned to minimise the market stagnation by implementing the Green Homes Grant and directing £50 million towards a social housing decarbonisation fund, in the hopes that these measures along with the reduced stamp duty and streamlining the planning process will assist with maintaining activity in the sector.

While similar to the rest of the world, the UK is feeling the sharp impact of the COVID pandemic on its economy, there are some positive signs emerging that the recession will not be as prolonged as initially feared, with the Government introducing various stimulus packages to support recovery.

However, given that the Brexit transition period is coming to an end as of 31st December, it is fair to say that the UK is navigating a particularly tumultuous time and facing additional potential market volatility as a result. Construction, while certainly feeling the effects of the prevailing market conditions, shows promise of returning to pre-COVID levels for some sectors in a relatively short timeframe, albeit with significant pressure and uncertainty across the supply chain in the short term.

Growth in the value of projects starts by sector

Growth in the value of projects starts by sector 2020(f) 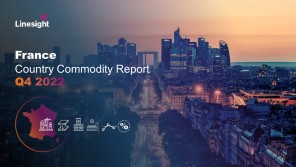 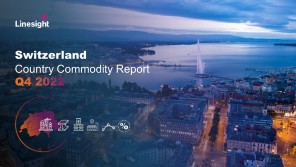 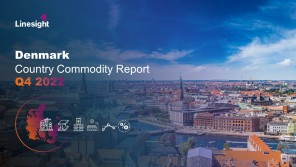 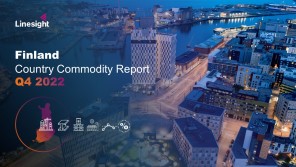 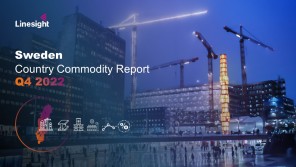 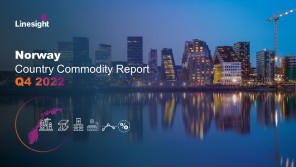 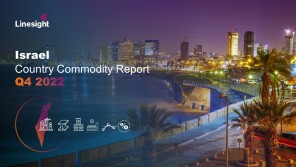 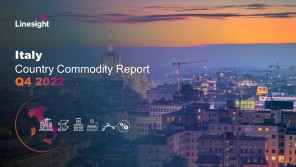