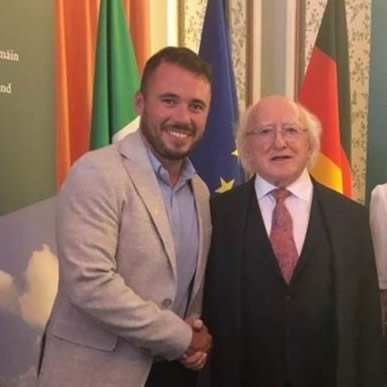 Linesight Associate, Michael Bonner, attended a reception late last week to mark the forthcoming opening of the Consulate General of Ireland in Frankfurt, with Irish President, Michael D. Higgins and Tánaiste, Simon Coveney, also in attendance. Based in our Dusseldorf office, Michael was one of a small number of representatives of Irish-based businesses operating in the region to attend the event. John Lynam is moving from his post in the embassy in Beijing to open the consulate general in the banking capital.